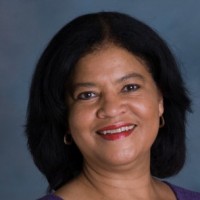 R. Dianne Bartlow is a Professor of Gender and Women's Studies at California State University, Northridge. Her research focuses on representations of African-American women in popular music, culture, and film, 19th century Black Feminism, pedagogy and diversity, mothering and, violence against women with a focus on the intersection of domestic violence and child custody. Bartlow has also worked extensively in television production and is a multiple Emmy Award winning director/writer/producer.