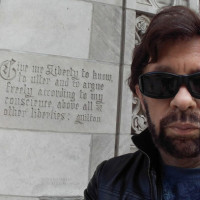 The Routledge Companion to Humanism and Literature (2022) argues for a comprehensive reassessment of the value of Humanism in the contemporary world.

The Humanist (Re)Turn: Reclaiming the Self in Literature (Routledge, 2019), argues against ideas of the fragmented self, positing transcendence, a return to the Other (without or within), as literature's paradigmatic healing gesture.

Love and its Critics (Open Book, 2017), written with Arpi Movsesian, deals with love's challenges to the laws and customs of various times and places, working with poetry from the Song of Songs to Ovid and Virgil, the Greek writers Longus and Musaeus, the Occitanian troubadours, the Italian dolce stil novo poets, the works of Shakespeare, the poems of John Donne and Robert Herrick, and John Milton’s Paradise Lost.

The Atheist Milton (Ashgate, 2012 / Routledge 2016) argues that Milton was an Atheist by the commonly-used definitions of the period, based on his denial of the doctrine of the Trinity, his argument that the universe is created, not from nothing or ex nihilo, but from the essence of God, which puts him in line with the materialism of Spinoza and Hobbes, and his Mortalist argument that the human soul dies with the human body.

The Tyranny of Heaven (U. Delaware Press, 2004), focuses on John Milton and the English 17th century, a place and time in which questions of freedom and authority eventually brought a nation to revolution, civil war, and regicide.