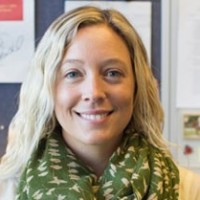 Dr. Ashley Samson is in her 9th year at California State University, Northridge. In her role at CSUN, she is an associate professor in the Kinesiology department where she teaches courses on sport psychology and sport sociology, conducts research on athletes, and is also the sport psychology consultant for the Matador Athletics department where she works with athletes at both the team and individual level to maximize the mental side of their performances. Her research primarily focuses on self-perceptions in endurance athletes, and she also has a personal and professional interest in mindfulness and yoga work. Ashley’s research has been published in national and international journals and has been featured in Runner’s World, Yahoo Health, and on NPR’s Weekend Edition. She has her CMPC credentials from the Association for Applied Sport Psychology and is listed on the USOC’s Sport Psychology Registry. In her personal time, Ashley trains and competes in the equestrian sport of Three Day Eventing, in addition to trail running and practicing yoga.