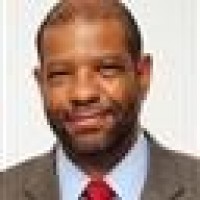 Ben served on the launch team for MSNBC.com as an Interactive Producer/editor. He was the Washington Editor for NPR and a former Executive Producer for NPR’s Special Projects department. He also served on the Assignment Desk for ABC News in New York. He was a CBS reporter at WBTV News in Charlotte, N.C.. In 1992 he was a University of Michigan Knight-Wallace Fellow in Journalism. Ben has won numerous awards for journalism, including two Alfred I. duPont awards for broadcast. He created a digital, online writing model that builds on the analog-based Inverted Pyramid, called the Digital Media Pyramid about which he wrote an e-book. “The Digital Media Pyramid: A Guide for 21st Century Bloggers, Reporters and Citizen Journalists.” He taught as an adjunct for 10-years at Rutgers University and as a visiting Assistant Professor at Florida A&M University for three-years. Ben graduated from Whittier College and Columbia University’s Graduate School of Journalism and studied international relations at the University of Copenhagen.