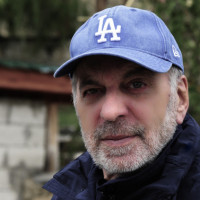 Chuck Braverman's has run his own successful production company, has an Oscar nomination, a DGA win for best documentary, two Emmys, been a senior studio executive at Sony, a professor at USC Cinema and Cal State Northridge, the Chair of the Film Department at Brooks Institute, the director of many television episodes, several MOW’s and an indie feature film. More recently Chuck was the executive producer on two documentary feature films, show runner on two multi hour documentary network series, and the founder and executive producer of the new Westdoc Online series all about documentary filmmaking.