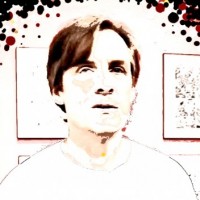 Charles Hatfield teaches comics, word/image studies, pop culture, children’s literature, SF, fantasy, adaptation theory, and more. As a researcher, he focuses on comics. He co-founded and served as the first President (2015-2018) of the Comics Studies Society (comicssociety.org), the US's first professional association for comics scholars and teachers. He has also served on the boards of the MLA Forum for Comics and Graphic Narratives (2010-2014) and International Comic Arts Forum (1997-2009). He is author of "Hand of Fire: The Comics Art of Jack Kirby" (2011) and "Alternative Comics" (2005), co-editor of "Comic Studies: A Guidebook" (2020) and "The Superhero Reader" (2013), and curator of the CSUN exhibition "Comic Book Apocalypse," the US's largest-ever show of original art by the legendary Jack Kirby (2015). In 2014, Hatfield won CSUN's Preeminent Scholarly Publications Award. His essays have been published widely, and he has given talks at many conferences. He co-edits the "Studies in Comics and Cartoons" series for the Ohio State University Press.

Prof. Hatfield came to CSUN in 2001 and has since designed and taught more than thirty different courses. In 2005 he founded the popular GE course English 333: Comics and Graphic Novels; more recently, he helped design the English Department's Pop Culture Minor (csun.edu/english/pop-culture).