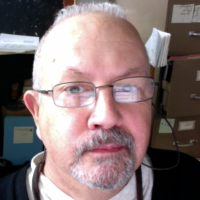 Certain pathogenic bacteria such as Salmonella typhimurium have the innate ability to target and selectively replicate within solid tumors in a number of different animal species, including humans. Pathogenic bacteria can be genetically modified in order to eliminate debilitating aspects of their pathogenesis while retaining their ability to traverse the body and target tumors. My laboratory uses a number of biochemical, cell and molecular biological techniques to generate novel mutations in the bacteria and chimeric proteins that enhance the bacteria's ability to kill cancer cells. Students have the opportunity to participate in the genetic selection of novel suppressor mutations for sensitivities associated with the non-pyrogenic lipid of highly attenuated msbB strains, identify the suppressor mutation and determine the physiological effects associated with that mutation. In the process of these studies, students have the opportunity to learn basic DNA manipulation, transposon library generation, chromosomal insertions and deletions, genomic libraries, gene cloning and expression, bioinformatics and mammalian tissue culture.