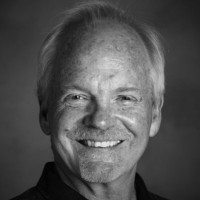 Currently involved in the One of Us documentary project on homelessness in Los Angeles, for which he was given the CSUN Exceptional Creative Accomplishment Award in 2018, David Blumenkrantz has been a photography and visual communication educator for more than 20 years. David has taught classes and workshops for, among others, Wuhan, Yangtze, Yunnan Normal, Yuxi Normal and other universities in China, The All Africa Conference of Churches,  the French Cultural Centre in Nairobi, the government of Eritrea, the New York Film Academy, and the Watts Towers Art Center (for the Cultural Affairs Department of the City of Los Angeles). In 2004, after eight years teaching with the Los Angeles Unified School District, he joined the journalism department at California State University, Northridge, and is a tenured professor.