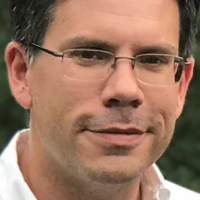 Dr. Drake Langford is Associate Professor of Japanese and the Japanese Section Head in the Department of Modern and Classical Languages and Literatures. Langford teaches Japanese and Asian cultural history, as well as Japanese language. Prior to joining the CSUN faculty, Langford worked for many years as a freelance translator in legal, business and education-related fields. He has traveled widely throughout East and Southeast Asia, and also lived for a number of years in Japan. In addition to CSUN, he has taught at CU Boulder, San Jose State University, and Yale University.

Langford earned his Ph.D. in Japanese Language and Literature from Yale University and his B.A. in Asian Studies and Japanese from the University of California, Berkeley.