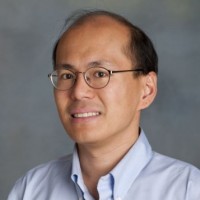 From 2005 to 2007, Prof. Ou was an advisory engineer with IBM, where he conducted research in radio frequency integrated circuits. From 2007 to 2008, he was with Lyric semiconductor as a senior design engineer. Prior to joining CSUN, he was an assistant professor at Sonoma State University. Dr. Ou is a member of IEEE and chair of the solid-state circuit society in San Fernando Valley. He has served as a reviewer for numerous journals and conferences, and has published over 20 peer-reviewed papers in the areas of RF and analog integrated circuits.