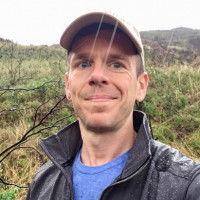 The fundamental hypothesis of evolutionary biology is that things that happen in a single growing season ultimately create the patterns of biological diversity that emerge over millions of years. As an evolutionary ecologist, I use field studies, mathematical models, and population genomic data to understand how the ecological effects of different habitats, climates, and biological communities create and maintain biodiversity.

My doctoral dissertation research with Olle Pellmyr at the University of Idaho applied theoretical, phylogenetic, and population genetic approaches to examine the origins and evolutionary trajectories of species interactions, with particular focus on the obligate pollination mutualism between Joshua tree (Yucca brevifolia) and yucca moths (Tegeticula spp.). As a postdoctoral researcher with Peter Tiffin at the University of Minnesota I used genome-scale genetic data to examine patterns of local adaptation to climate and mutualistic rhizobial bacteria in the model legume Medicago truncatula, as part of the Medicago Hapmap Project, and as a postdoctoral fellow with Sally Aitken at the University of British Columbia, I studied the genetic architecture of adaptation to climate by lodgepole pine (Pinus contorta) and interior spruce (Picea glauca, P. engelmannii, and their hybrids) with the AdapTree project.