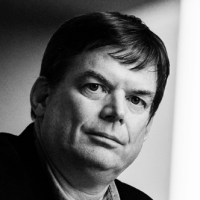 Jevon Whetter earned his MFA in Producing from the American Film Institute Conservatory, where he worked on over 15 short films. Jevon produced a well-received short thesis film, SHORT ON TIME, starring Frances Bay. Jevon recently participated in the 2019 Producer’s Guild of America’s Power of Diversity workshop for his feature film project, FLASH BEFORE THE BANG. Jevon, and co-screenwriting partner, Joan Considine Johnson, had their scene showcased at the 2019 Disability Scene Showcase at the Writer’s Guild of America. The film project also won the prestigious 2019 SFFILM Rainin Grant from the SFFILM Society and the Kenneth Rainin Foundation.

Jevon also earned his Master of Arts in Theatre Arts from San Diego State University with honors from the Phi Kappa Phi Society. He later received extensive stage combat training with the Dueling Arts Academy at Nevada and Hawaii. Jevon’s professional stage career began with the National Theatre of the Deaf for the OPHELIA tour. He also appeared in ALADDIN, A CHRISTMAS CAROL, and ROAD TO A REVOLUTION at the Deaf West Theatre. KRAPP'S LAST TAPE was Jevon's first professional directing debut at DWT, and he has been directing various stage plays for the past decade.

Jevon currently works as an educator in the Los Angeles Unified School District and CSUN. He continues to work as a producer, director, and writer for stage and film projects in Los Angeles, where he resides with his wife, Kimberly, and son, Robert.