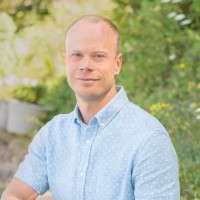 Dr. Joseph Wiltberger is a cultural anthropologist with research interests in migration, borders, violence, human rights, development, space and place, social mobilization, and identity. Over the course of two decades, he has conducted extensive ethnographic field research in El Salvador and among transnational Central American migrants in the U.S and in border areas. His research has explored the forces driving the large-scale emigration of Salvadorans, and how local, national, and transnational organizations respond to their migration. His current work focuses on the conjuncture of forced migration driven by gang-related violence and insecurity in the northern triangle of Central America and the turn toward more restrictive immigration enforcement strategies in the U.S. He is also collaborating with youth in El Salvador and CSUN students to create an online digital archive that documents oral histories of a mass repatriation of Salvadoran refugees during El Salvador’s 1980-1992 civil war, the largest refugee repatriation in Latin American history. He has taught classes on migration, development, the environment, and diversity, and on the societies and cultures of Latin America, and particularly, Central America. He is the recipient of several awards and in 2015-2016, he held the College of Humanities Faculty Research Fellowship.