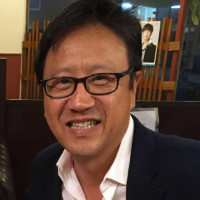 Kenneth Dooyoung Lee is the Professor of Asian Religions in the Department of Religious Studies. Born in South Korea and raised in Los Angeles, Dr. Lee joined the California State University, Northridge faculty in the fall of 2006 to teach courses in Asian religions, Buddhism, and introductory courses in religion.

He earned his A.B. in Psychology from Occidental College, M.Div. from Princeton Theological Seminary, and M.Phil. and Ph.D. in Buddhist Studies from Columbia University. His book, The Prince and the Monk: Shotoku Worship in Shinran's Buddhism, SUNY Press, traces the evolution of Shotoku worship in Japanese Buddhism.

He has published in a number of books, including a chapter, "Kannon: The Goddess of Compassion in Japan" in The Constant Changing Faces of the Goddess Traditions in Asia and journals, such as his article, “Comparative Analysis of Shinran's shinjin and Calvin's Faith" in the Buddhist-Christian Studies journal. He is currently working on a translation of the Contemplation Sutra (Jpn. Kanmuryōjukyō), which is a major Buddhist text in Shin Buddhism.