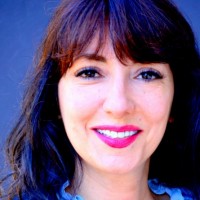 Born and raised in Italy, Professor Luciana Laganà is an experimental and clinical psychologist with 9 degrees/specializations/post-docs, over 40 peer-reviewed publications as well as hundreds of national and international research conference presentations. She also has extensive training in acting/TV hosting/ screenwriting/directing/film producing. Her specialty areas are women's issues, sex and couple therapy, adult behavioral medicine, and ethnogeriatrics. Her research at CSUN has been funded by the National Institute of Health since 2002. As a passionate social impact filmmaker, she is also involved in film-based narrative medicine and anti-bias research efforts. Her films and series have won over 30 IMDb-listed awards at national and international film festivals; she is using her films in rigorous randomized controlled research. Dr. Laganà was awarded the CSUN 2017 Exceptional Creative Accomplishments Award for her documentaries LGBT United and Understanding Pain in Older Age. She also won the CSUN 2011 Preeminent Scholarly Publications Award for creating a scale quantifying non-medical/social quality of life among multiethnic older women, and the CSUN 2008 Visionary Community Service-Learning Award for helping older adults residing in the Los Angeles area learn how to use computers and the Internet.