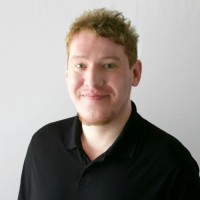 Matt came to CSUN in January 2012 as a Web Developer in the Academic Affairs Central Web Team. From there, he was brought into META+Lab as one of the original three mentors. He has previously worked at UC Irvine as a Senior Software Developer as well as the Burbank Unified School District. He specializes in software engineering and has been a programmer since 1995. His interest in programming began by being in the right place at the right time when he was a kid.