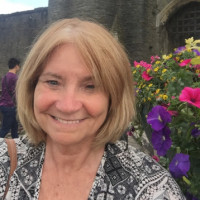 Nancy H. Riley (known professionally as Nancy Hendrickson) has a BFA in Drama from Carnegie-Mellon U. and an MFA in Screenwriting from CSUN. She is a member of the Writers Guild of America West, The Alliance of Women Directors and a former member of SAG-AFTRA. She is co-creator of the current Youtube web series "Boomers." Other writing credits include over 50 promos for The Disney Channel, PSA’s, radio spots, optioned screenplays and numerous articles for Creative Screenwriting and MovieMaker magazines. She has taken 1st Place Austin Film Festival's screenwriting competition, been a finalist in the Sundance Screenwriter’s Lab, AFI's Directing Workshop for Women and the Eugene O'Neill National Playwrights Conference, as well as a semi-finalist in the Don and Gee Nicholl Fellowship. She is the writer-director of three award-winning short films, and the recipient of a Kodak grant along with four writer-in-residence grants. Prior to becoming a lecturer at CSUN, she taught screenwriting, production, acting, and directing at The Los Angeles Film School and New York Film Academy.