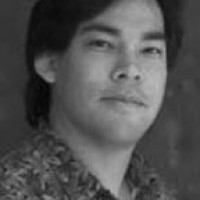 Phil Calvert currently teaches classes in Music Recording and is staff electrical technician for the Music Department. His previous teaching assignments have included the Introduction to Music Technology class. Mr. Calvert has been active in the recording/music technology industry since 1978, when, as a freelance recording engineer/technician, he worked with groups as diverse as The Bus Boys, Patrice Rushen, Sesame Street, Performance Today (National Public Radio), The Ear Unit (New Music), Robby Robinson (Frankie Valli and the Four Seasons), Jack Daugherty (The Carpenters), and others.

Before coming to Cal State Northridge, he worked at the Monterey Studios, beginning as assistant engineer and advancing to head engineer during the four years he was at the studio. During this time, he recorded Jazz, Rock, R&B, and music for film scores.

Mr. Calvert has been active using computers ever since he found a 300 baud connection to the campus VAX computer in his office (c. 1984).