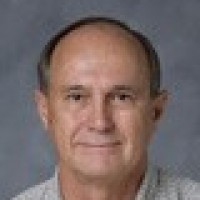 Dr. Robert Lingard has been a full-time faculty member of the Computer Science Department since 1994. He earned his Ph.D. in Computer Science from USC in 1975. He served for many years as the Department's Assessment Coordinator, chaired the College Assessment Committee, and was a member of the University's Assessment Committee, as well. He served as member and chaired the College’s Academic Affairs Committee. In addition, Robert served on the Faculty Senate and chaired the University's Academic Technology Committee for several years. He was one of the early pioneers in the University's efforts to integrate "service learning" into his courses. He was primarily responsible for developing the Department's Graduate Program in Software Engineering, proposing several new courses as a part of that effort. In his teaching, he has taken a special interest in developing communication and teamwork skills among his students, writing and publishing several papers on the subject. Robert has taught a wide variety of courses in Computer Science and has been consistently committed to working with students to help them achieve their educational goals.