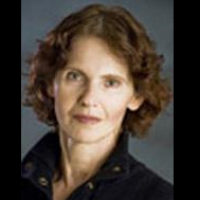 Rodica Reif Kohn studied at Central School of Art & Design, in London, England, earning a B.A. in 1981, and at UCLA, graduating in 1985 with a MFA in Design, and in 1994 with a Master in Architecture (M.Arch). Professor Kohn has participated and curated a number of exhibitions, including From a Philosophy of Language to a Philosophy of Space at UCLA. Her work has been published in a book by Nathan Shapira, entitled Los Angeles, about contemporary architectural design in Los Angeles. Her clients include various universities, such as UCLA, and USC, and entertainment industry such as The Hollywood Reporter and the Producers Guild of America. Professor Kohn has been teaching in the Interior Design Department since 2006.