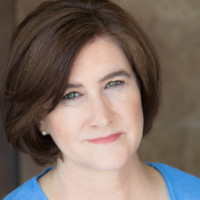 Dr. Jaque earned her PhD in Exercise Science from the University of Southern California, and is the co-director of the Exercise and Psychophysiology laboratory. She conducts research in two discrete areas. First, her laboratory assesses factors influencing the development of peak bone mass. Her research in this area has investigated whether gonadal and adrenal hormones create an internal environment that potentiates the influence of dynamic loading on the development of peak bone mass. Continuing to address the influence of loading on the development of peak bone mass, her laboratory collaborates with researchers at Chapman University, working to better understand the influences of gender, dietary restriction, loading volume, frequency and intensity on changes in bone strength and bone mineral density during adolescence in a rodent model. Her second line of research assesses how the autonomic nervous system responds to physiologic and psychological stressors in performing artists and in those with functional disorders. By nature of their work, performing artists have daily exposure to both psychological and physical stressors. To better understand their abilities to endure the stress of performing and rehearsing and whether psychopathologies are potential mediators of their responses, Dr. Jaque and her research colleague, Dr. Thomson, assess them at rest, during rehearsal, and during performance.