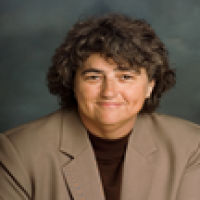 Dr. Theodoulou has been appointed Interim Provost and Vice President for Academic Affairs. She served as Vice Provost since July 2017 and, prior to that appointment, was Dean of the College of Social and Behavioral Sciences since August 2001. Prior to the deanship, she was a professor in the Department of Political Science, where she began teaching in 1986 as a lecturer. She was appointed assistant professor in 1990, received tenure in 1994 and promoted to full professor in 1998.