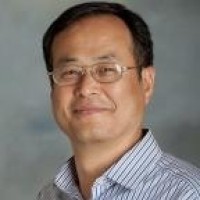 Dr. Chung’s research focuses on issues related to health disparities, such as end-of-life care in medically underserved communities. He has produced a video featuring a Mexican-American patient at the end stage of Alzheimer’s, along with her primary caregiver, husband, and hospice interdisciplinary team. Appointed as a 2018 CSUN Research Fellow, he has been able to devote his time to disseminating the video to clinics and hospitals in predominantly Latino communities in Southern California to support timely referrals to hospice (the video can be found here: http://csunshinetoday.csun.edu/media-releases/csun-spanish-language-video-explores-end-of-life-care-options/). He was selected as a health disparities scholar at NIH in 2013. He served as a consultant for the Illinois Department of Public Health from 2002 to 2009, helping to amend Certificate of Need program regulating new healthcare services and facility construction, generating $1 million in research grants. He has published more than 30 peer-reviewed journal articles and given more than 60 presentations. One of his recent papers was cited in a Washington Post article (“Terminal neglect? How some hospices decline to treat the dying” May 3, 2014). He is working on three projects: 1) looking at state policies on hospice providers; 2) analyzing the cancer (SEER)-Medicare joint dataset to investigate the reasons underlying live hospice discharge; and 3) promoting the awareness of hospice care among the Hispanic population.