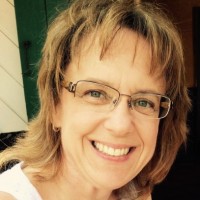 With more than 18 years of experience as a professional journalist, I moved from the newsroom to the classroom. My experience prior to becoming a college professor includes working as a contributing reporter (under the byline of Stephanie Stassel) for the Los Angeles Business Journal, a longtime staff writer for the Los Angeles Times, Los Angeles Daily News and The Enterprise in Simi Valley, which is now part of the Ventura County Star.

Before starting at CSUN in 2010 as a part-time instructor, I taught writing and reporting courses at Pierce College and Moorpark College. I began as a tenure-track assistant professor in Fall 2012 and her areas of teaching include reporting, mass communication and new media. My research interests include iPad-based instruction, media ethics, academic integrity, student-faculty interaction and mid-20th century Los Angeles journalists, in particular Agness (Aggie) Underwood. In June 2017, I was granted tenure and promoted to associate professor.

I'm proud to be a three-time CSUN grad and a journalism professor in a stellar program that prepares students for careers in journalism and public relations.