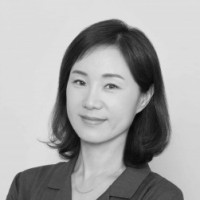 Dr. Stephanie Hyeri Kim is an Associate Professor in the Department of Linguistics/TESL.

Language has always been a big part of her life. Born and raised in Seoul, she acquired Korean as her native language. The sounds of foreign languages intrigued her from very early on, likely due to her father who worked as a Japanese-Korean translator/interpreter. But it was when she moved to Montreal, Canada as a teen, she developed a love for learning foreign/second languages. She has over 15 years of experience teaching English as a second/foreign language (ESL and EFL) and Korean as a foreign language (KFL) in various contexts.

For her research, Dr. Kim studies naturally occurring talk, more specifically, how people use language to communicate with each other, using a method called Conversation Analysis (CA). She is also interested in how these findings apply to, and help our understanding of, language teaching and learning. She has published her work in the Journal of Pragmatics, Research on Language and Social Interaction, Discourse Processes and Asian EFL Journal. She has also published several chapters in John Benjamin's Studies in Language and Social Interaction series volumes. Dr. Kim teaches courses both at the undergraduate and graduate levels.

She is the 2020-2021 recipient of the American Council of Learned Societies (ACLS) Project Development Grant.