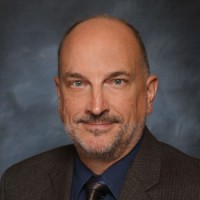 1972 - Employed in the computing profession
1976 - University instructor in the field of computer science (achieved rank of full professor in 1993)
1999 to 2014 - Computer Science Department Chair at CSU, Northridge
2010 to 2014 - Two-term CSUN Faculty President by election of the campus faculty
2013 to 2017 - Two-term Faculty Trustee on the CSU Board of Trustees by nomination from the Academic Senate CSU and appointment by the governor
2018 - "semi-retired"; half-time appointment at CSUN