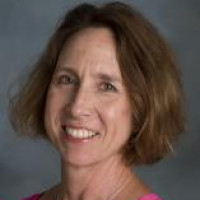 I am professor and chair of the department of history at CSUN. Having earned a Master's and doctorate in Latin American history from the University of California at San Diego and a BA in history from California State University at Long Beach, I am a direct beneficiary of California's public education system. I believe in the mission of CSUN, where I have been teaching since 2002.
My research focuses on religious social movements in Guatemala and Peru, emphasizing contributions of indigenous peoples and women religious during the era of the Cold War and Liberation theology. My work has appeared in LARR (Latin American Research Review), The Americas, The U.S. Catholic Historian, and in edited volumes published by Oxford University Press, Cambridge University Press, and Brill Publishing. I am author of "The Maryknoll Catholic Mission in Peru: Transnational Faith and Transformation, 1942 - 1989" (University of Notre Dame Press, 2012) and a co-editor of the forthcoming Oxford Handbook of Christianity in Latin America. My research has garnered support from the Fulbright Foundation, Social Science Research Council, American Council of Learned Societies, the Kellogg Institute for International Studies at the University of Notre Dame, and the David Rockefeller Center for Latin American Studies at Harvard University.