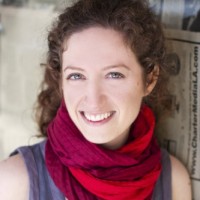 Tali Tadmor is a Los Angeles-based pianist, music director and vocal coach. She has
collaborated with prominent musicians such as choral composer Eric Whitacre, Metropolitan
Opera Soprano Angela Meade, and Broadway legend Stephen Schwartz, and has performed
extensively at venues around the globe including Carnegie Hall, Lincoln Center, and The Great
Hall at the heart of China’s Forbidden City. At LA Opera, Tali regularly serves as Assistant
Conductor to the company’s General Director, Placido Domingo, as well as Music Director James
Conlon. Additionally, she is Music Director and Accompanist for the company’s Education and
Community Engagement division.
Though classically trained, Tali is active in a wide variety of musical settings, ranging from world
music, pop and worship, and her own compositions. Tali received both Master and Doctor of
Musical Arts degrees from the University of Southern California (USC) majoring in Keyboard
Collaborative Arts, where she received numerous scholarships and awards underwriting her
residency at the school. She is currently on faculty at the Herb Alpert School of Music at
California Institute of the Arts (CalArts) and California State University in Northridge (CSUN).