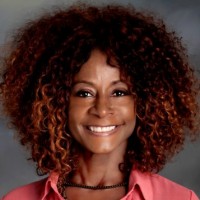 Dr. White has served as Chair and Professor in the Department of Africana Studies and Director of the University Black House for the past five years. She is the V.P. of the Faculty Academic Senate (having served as a Faculty Senator since 2015), Co-Chair of the Black Student Success Council (BSSC) and a Commissioner on the President’s Commission for Diversity and Inclusion. The former Director of the Dubois Hamer Institute for Academic Achievement and the former Co-Director of the CSUN initiative, Civil Discourse and Social Change (CDSC), she is a creative scholar, whose interests include Cultural Studies; Black Feminist Theory; Black Masculinity and Sexuality, Film Criticism; Media Representations and Critical Media Literacy. A member of the National Council for Black Studies (NCBS), the CSU Council on Ethnic Studies (CSUCES), the International Visual Sociology Association, and an alumnae of the HERS Women’s Leadership Institute and the Robert Woods Johnson Foundation, her research has appeared in the Journal of Black Studies (JBS), Journal of International Women’s Studies (JIWS), Interactions: Studies of Communication and Culture, Journal of Visual Literacy (JVL) and the British Journal of Medicine and Medical Research. She has produced and directed several documentary films, is the creator/editor of the C.A.P.T.U.R.E.D. Multi-Media Student Research Journal, and an oral historian/biographer who has chronicled life stories of African American pioneers in entertainment.

Institute for Community Health and Wellbeing