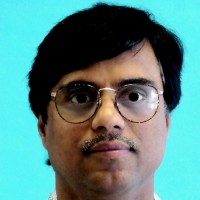 Dr. Choudhary completed Ph. D. Degree in 1990 working on “High-Resolution Spectroscopic Study of Comets”. His Post Doctoral work was carried out at Max-Planck Institute, Germany, where he used large telescopes at Calar-Alto, Spain to study the Jovian plasma torus. He has been studying various topics in solar astronomy since 1992. He was awarded the Research Associateship of National Research Council for two times in 1998 and 2003. In 2001, National Astronomical Observatory of Japan awarded him the “Center of Excellence Fellowship”. He is a member of several professional associations such as American Astronomical Society, American Geophysical Union, and American Association for Advancement of Sciences, Astronomical Society of India and International Astronomical Union.

Stars, Interstellar Medium and the Galaxy The Sun and the Solar System Instrumentation