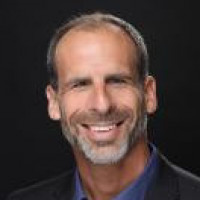 Jeffrey Auerbach received his Ph.D. in History from Yale University in 1995. His first book, The Great Exhibition of 1851 (Yale University Press, 1999), which was praised by The American Historical Review as “an exemplary piece of cultural history,” unravels the many and varied meanings of the Crystal Palace, the site of the first world’s fair and one of the pre-eminent cultural icons of the nineteenth century. Since then, he has focused his research and writing on the British Empire. He has authored several articles on art and empire, including the historiographical essay on that topic in The Oxford History of the British Empire. His most recent book, Imperial Boredom: Monotony and the British Empire (Oxford University Press, 2018), challenges the long-established view that that the British Empire was about adventure and excitement, with heroic men and intrepid women settling new lands and spreading commerce and civilization around the globe, by demonstrating instead that boredom was central to the nineteenth-century imperial experience. Professor Auerbach has held fellowships at the Yale Center for British Art, the Huntington Library, the National Maritime Museum (London), and the Hakluyt Society, and is also the recipient of a grant from the National Endowment for the Humanities.