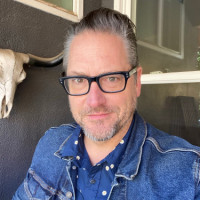 
At CSUN, he teaches classes on the history of the United States, African Americans, California, and Los Angeles. He has published numerous articles and the books L.A. City Limits: African American Los Angeles from the Great Depression to the Present (Berkeley: University of California Press, 2004) and Erotic City: Sexual Revolutions and the Making of Modern San Francisco (New York: Oxford University Press, 2009), the latter of which won the Bullough Prize for Best Book of 2009 by the Foundation for the Scientific Study of Sexuality and the Lewis Mumford Prize from the Society for American City and Regional Planning History. He is the editor of an anthology entitled Post-Ghetto: Reimagining South Los Angeles. In 2021, Bison Books published his newest book, Backcountry Ghosts.